Over 10 years ago, a small dental imaging center opened up as a resource for patients who needed highly specialized dental x-rays at a highly competitive price. They have expanded since then, adding multiple branches, while at the same time offering new services to their roster of dental imaging. The company is now one of the most sophisticated and advanced X-ray centers and specializes in computed tomography (CT), panorama, status, and orthodontic X-rays.

Technicians at the imaging center found that when the CT machine recorded more than four images, they had to wait between 2 to 15 minutes, just for the files to open on the monitor. It is essential for the technicians to see the images on the screen to ascertain if they were captured correctly or to diagnose the issues. Since almost all of the patients required more than four images, the added drag to the workflow was causing the whole operation to slow down. The company tried to speed up the computer system that controlled the image processing but could not locate the source of the problem. So, for seven years they continued with the problem, putting up with the long waits, resigned to the fact that the system would always be slow.

Someone at the imaging center heard about AimBetter and approached us about using our performance control monitoring system to understand what is causing the slowdown in the workflow and identify ways to speed it up.  We installed our console in their system and quickly discovered that their CT imaging executes thousands of CURSOR commands all at once, so they were not able to track what was happening in the SQL server environment.

The AimBetter system knows how to convert these commands to queries. After installing the system and running a report, we generated an action recommendation that was able to speed up their system and eliminate the wait times greatly. After making the recommended changes, the images that took 2 to 15 minutes to open appeared on the screen immediately after the image was recorded. The savings to our client was considerable as they were able to increase their throughput and decrease wait times for patients.

This X-ray was captured using a process that takes an average of 69 milliseconds per action. The problem was that from the moment the technician pushed the button, the system created over 4,000 actions, slowing down the system.

The client was amazed that it took us a matter of minutes to do the installation, and within an hour we had solved a problem that had affected their system for years.

Sometimes we get used to slow performance, thinking that the bottlenecks are inherent in the specific technology or system. Staff dealing with the blockages do not share the same motivation for solving the performance issues as management, who understand that the lost time affects the ROI of these expensive machines. AimBetter works with many different types of companies and is in the business of helping them discover untapped resources, which can make a difference in a company’s bottom line.

AimBetter finds a long-term cure for you 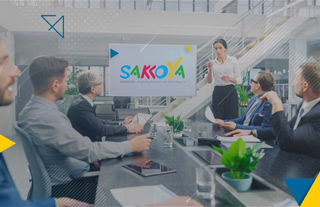